Celebrate the coming of 2017 at World of Beer on Saturday, December 31st from 11am until 2am with a complimentary Beer Toast at Midnight for all guests!

Ring in the first official day of 2017 on January 1st at World of Beer as well with BEERunch! Starting from 11am until 3pm, get $3 Mimosas, Belgian Beer Waffles, Breakfast Taco, Hangover Skillet, and much more! See server for complete details. 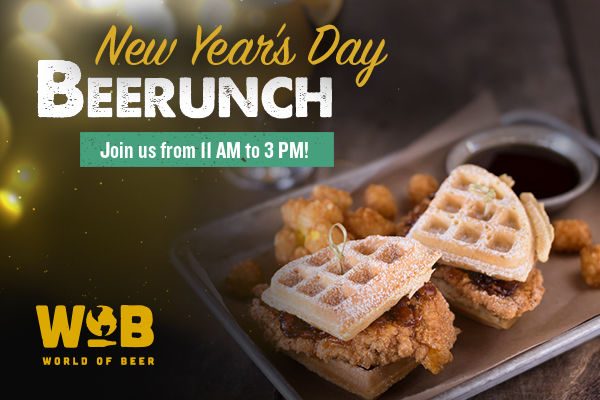