$25.00 per ticket for one autographed item

Fred Jackson played a total of 8 full seasons for the Bills starting in 2007 until 2014, becoming the franchise’s third all-time leading rusher behind Thurman Thomas and O.J. Simpson. Jackson also ranks fourth all-time in touchdown rushes and fifth all-time in receptions. Prior to his career with Buffalo, Jackson was named to four All-American teams at Division III Coe College and went on to play two seasons with the Sioux City Bandits of the National Indoor Football League before making it to the NFL. He also played one year in 2006 for the Rhein Fire in NFL Europa. 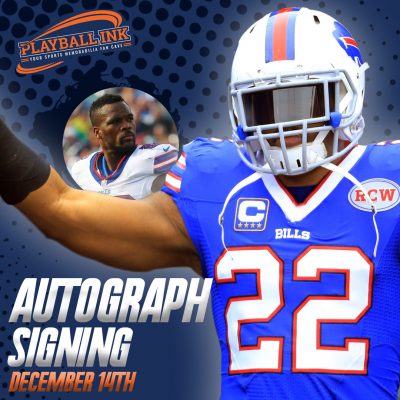